September 02, 2010
Day two of the conference, and my San Francisco adventure!

A picture is worth a thousand words, and I have lots! Let's get started: 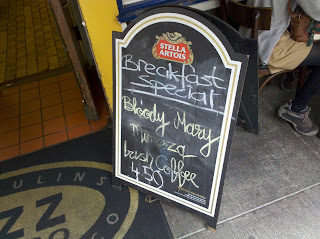 I passed this sign on the way to the conference. My kind of breakfast specials! 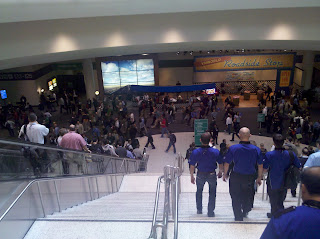 The crowd lining up for day 2.All that royal blue is the EMC crowd. 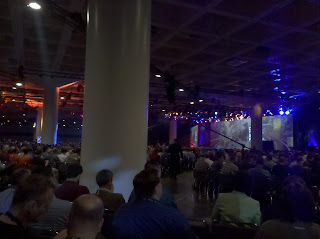 Day 2 was the big keynote, and I got to see what a big crowd was really in attendance. 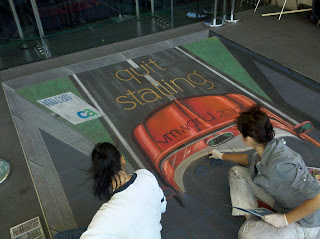 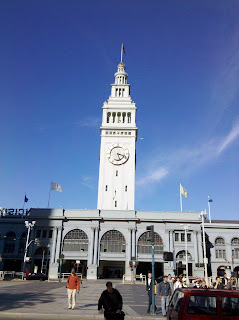 The Ferry Building:
After the conference today, I walked down to the ferry building and did a little browsing. I got to hit Boccalone for the salumi cone, and officially knocked off my first item from "The Best Thing I Ever Ate" list. 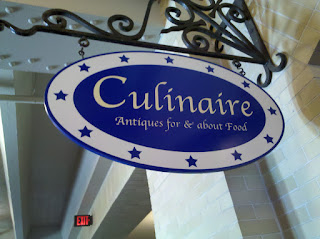 The doors were closed up on this shop when I visited, such a pity! 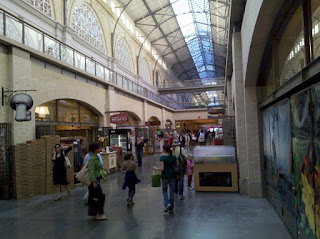 Here's a view down the center of the ferry building. 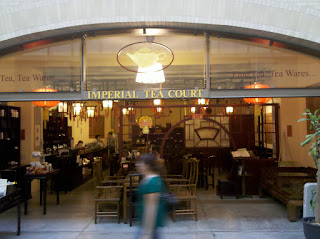 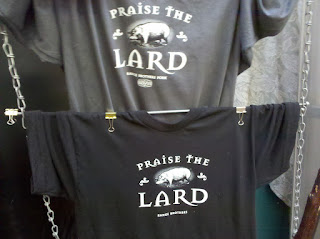 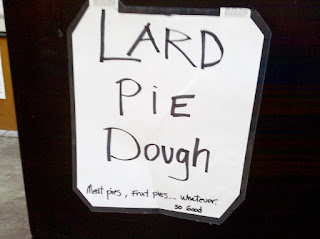 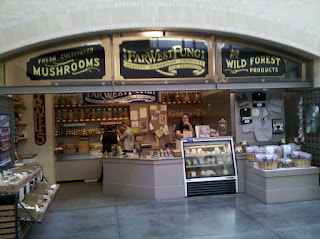 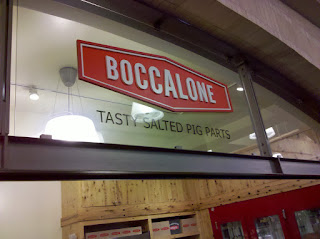 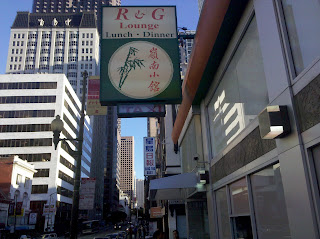 The Salumi cone was super-tasty, but it wasn't dinner. Off to R&G Executive Lounge for Salt & Pepper Crab in Chinatown. Ohhh soo tasty. Like all the best moments in life, I was too busy enjoying it to take pictures. Suffice it to say, I have not made a mess like that at the dinner table since I was 5. 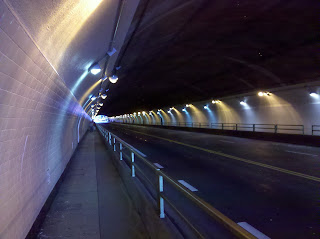 The tunnel that separates Chinatown from my hotel in the financial district. 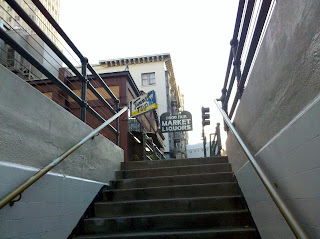 If you make the last turn up a stairwell in the tunnel, you come up here. Tunnel Top. The finest bar in San Francisco as far as I'm concerned. Those old afficianados of the Pelican Club will know exactly what I'm talking about. 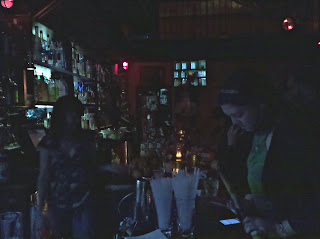 A shame this picture didn't come out better. I'm pretty sure these folks are all regulars at Tunnel Top. Yes, that's the whole size of the bar. 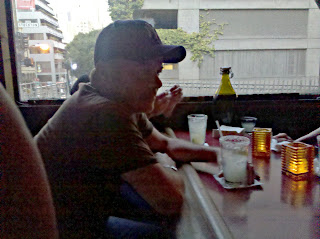 Bill's shenanigans are the stuff of legend. As soon as the video of the infamous "hat swap" is up on youtube I'll post it here. Suffice it to say, there is a very disappointed Yankees fan, whose hat got replaced by a Giants hat when he wasn't looking. I'm all for hometown pride, and anyone who messes with Yankee fans are good in my book.

May 26, 2020
There's a lot of graphs and stats that the news is throwing at people right now. So much so, that you can get information overload trying to make sense of the statistics that have meaning. To quote my old Econometrics professor, "There are three types of lies: 'Lies', 'Damned Lies', and 'Statistics' ". I should also lead with the caveat that I'm an engineer and data nerd by trade, but I'm not an epidemiologist. I welcome feedback from those who have more experience than I do. The most important question we're trying to answer (at least here in Michigan), is "How are we doing?", and "When can we reopen our economy?". With respect to those questions, here's my take on the most important data, and some caveats about what these data are telling us. The four most cited data in news stories are: Total Number of Cases Daily New Cases. Total Number of Deaths Daily New Deaths This post will talk about #1 and #2
Post a Comment
Read more

What Advice Would You Give Your Younger Self?

January 27, 2017
An old friend recently reached out to me (and presumably others) and asked us what advice we'd give our younger selves, particularly at ages 20, 30 and 40. After writing my response to him, I thought it worth posting myself as well.  The substantive bulk of my response to him follows: ----- The difficult thing is that I really wouldn't change a thing about who I am, so any call for advice feels a bit like a time-traveler scenario where my advice to a younger self would affect the outcome of my present life, and I'm not sure I'd risk it. My experiences shaped me, including the glaring mistakes, and I wouldn't trade places today with anyone on Earth. But, for the sake of argument, let's assume the Many-Worlds Interpretation of quantum physics here, and thus assume I won't mess my own (present) life up. Wibbly-Wobbly. Timey-Wimey. It is also important to note that the question is "What advice would you give your younger self?". The a
Post a Comment
Read more