September 06, 2010
Today we headed into Napa for lunch with Hal and Carol Varian. They are long-time friends of my hosts, and just delightful company. Most of my trips out here seem to involve a meal with most of this crowd together. This time we were at Bouchon, which was an extraordinary place, for being so perfectly down to earth. The food was simple and perfectly prepared, the service was attentive but unobtrusive, and the wine list was extensive but not out of my league. Considering this place is about a block from Keller's French Laundry, I was a little worried.

Moreover, I had a geeks dilemma to face: I had made arrangements to visit the TWiT Cottage today and catch an airing of Leo Laporte's This Week in Tech over in Petaluma. However, the only time we could hook up with Hal and Carol for a meal was Sunday afternoon. I had to decide between Leo and TWiT, or lunch in Napa with Google's chief economist?!?! So I asked myself, WWJJD? (What Would Jeff Jarvis Do?) 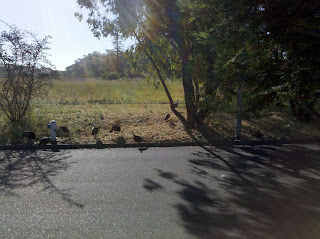 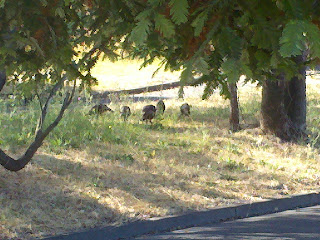 Why do I suddenly crave bourbon? 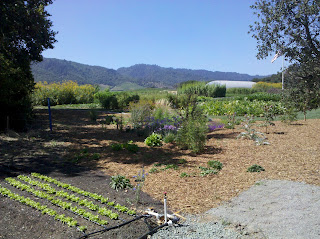 Across from the French Laundry is Thomas Keller's garden. 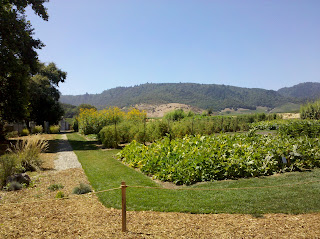 You don't get much more "locally sourced" than "across the street". 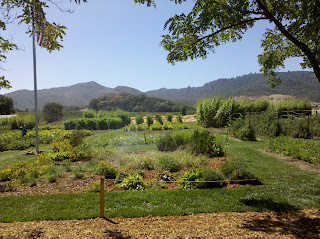 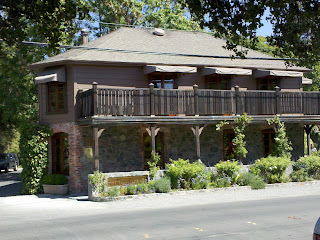 The French Laundry.
I had to mess with friends by checking in here on foursquare. There was jealous rage. Just kidding folks! I'm heading up the street to Bouchon! 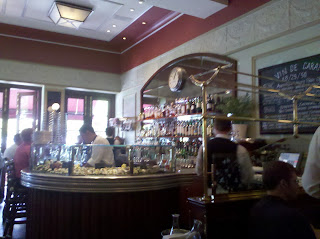 The bar consists of seafood and booze. Nice way to start the afternoon! 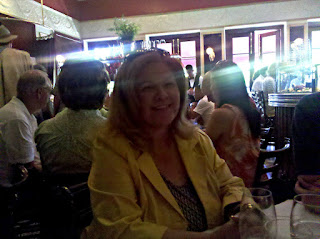 Chris, my lovely hostess while in Northern California 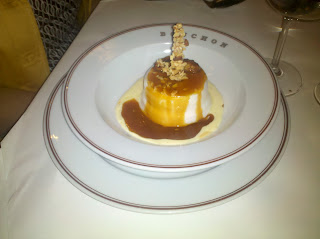 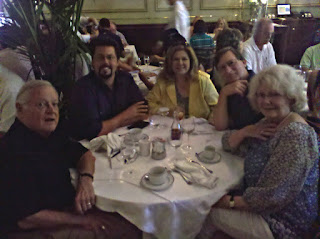 From left to right: Richard Roehl, Eric Reasons (me), Chris Roehl, Hal Varian, and Carol Varian.
Kudos to our waiter who snapped a great shot with a cell-phone camera! 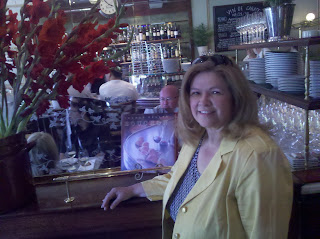 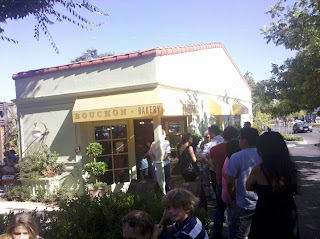 The line for the Bouchon Bakery outside of the restaurant. The scent of baking bread coming out of that little building should be considered some sort of psychological warfare. None can resist!
That's all the adventure I could take for one day! Great food, great wine, great conversation. Time to chill out back at the Santa Rosa office. Tomorrow is my last day, and I intend to it count!